“There Are Killers Inside Me” by Elizabeth Zelvin

Elizabeth Zelvin, LCSW, is a three-time Derringer and Agatha Award nominee and the author of the Bruce Kohler mysteries among other series. She is the editor of Where Crime Never Sleeps: Murder New York Style 4 as well as Me Too Short Stories: An Anthology, which releases today from Level Best Books. The theme of the anthology is crimes against women, tales of retribution and healing. Here she talks about the motivations of women killers in mystery fiction. 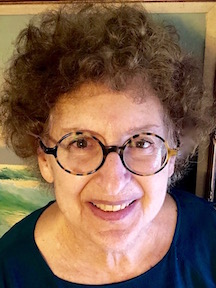 I don’t like violent men. I’ve never had a soft spot for Hannibal Lecter. I read Silence of the Lambs only because it was the only reading matter available in a hotel room one night. I slept very badly, and I’ve been wishing ever since that I could unread it. Chewing off a prison guard’s skin so he could hide beneath it to escape? Yuck. I don’t care how the movie managed that scene. I’ve never seen it, and I never will.

But I write murder mysteries, so I do write about murder. And of course I read about murder. I even talk about interesting ways to kill at the dinner table. Most mystery writers do. I wrote my first murder mysteries—never published, thank goodness—in the 1970s. My model was the traditional detective story. My protagonists were amateur sleuths. Mysteries were mysteries. There was a crime, an investigation, and a solution. The investigator was the star, the one who figured out whodunit.

When I started writing fiction again many years later, the genre had changed. Crime fiction now consisted of mystery and thrillers—different breeds— in a variety of subgenres, from cozies to hard-boiled. What I wanted to write didn’t quite fit in anywhere. I called it over easy and slightly crispy around the edges.

My first series was a New York murder mystery with a male amateur sleuth—the protagonist, recovering alcoholic Bruce Kohler. I was less interested in the mechanics of the murder than in developing Bruce’s voice, his growth in recovery, and his relationships with his friends. In the first short story, I didn’t even give the murderer a motive. The story ended at the moment when Bruce figured out whodunit. In the first novel, the killer was basically nuts. In the second short story, the three suspects had all had one-night stands with the victim. The motive for the guilty one was plausible, but tenuous.

When I wrote the second novel, something happened. I meant the killer to be a literary agent. I made him deeply irritating. It was fun. But as I wrote, I realized I had a better candidate. And as I wrote her final confrontation with Bruce, she found her voice. This is the moment that writers live for, when the character starts to speak for herself, regardless of what the author planned.

I had several possible motivations worked out for what she had done. She mentioned none of them. She had killed in a state of rage, killed again to cover her tracks, and was ready to kill Bruce if he tried to stop her from getting away. But behind the rage was a profound sense of hurt and betrayal. Readers can empathize with the pain of a woman who’s been betrayed. Even though justice must be done, the killer who arouses compassion is more authentic, more fully developed. The story itself is more authentic, whether it’s a short story or a novel.

The next step in my own evolution was to make my protagonist the murderer, to put the killer, not the detective, in the center of the frame. I didn’t plan this. It welled up out of that mysterious source that has been called “inspiration,” “the unconscious,” “the muse,” “a higher power,” and “a still, small voice.” Short stories were the perfect format in which to explore this, once I realized it was happening, since they take two weeks rather than two years to write.

My first such protagonist was a femme fatale, a character I probably wouldn’t write now. She was predatory by nature. In her defense, I’ll add that the story had elements of urban fantasy. She wasn’t a human woman, and she was culling the human herd of contemptibly predatory men. That first time, I kept my distance from my killer protagonist, writing the story in third person from the victims’ points of view.

But if I wanted to keep writing stories other than detective stories, I needed to reach into the minds and hearts of killers and write from their point of view. I soon realized that “killer” or “murderer” was so broad a term as to be meaningless. I had no desire to create men who kill, and not only psychopaths who do it again and again. There are already too many murderous guys out there, in real life and in fiction. I’m not interested, no, not even if the murders are so justifiable that they’d cast Tom Hanks, Liam Neeson, or Morgan Freeman in the movie.

But women, ah, women have plenty of reasons to kill that I can get behind with no problem. They may be victims, survivors, avengers. They may kill to protect those they love, including their children. They may simply have had enough—of being belittled, ridiculed, abused, or merely giving and giving without appreciation or reward. Thinking of “A Work in Progress,” my most recent story in AHMM, and other standalones, I’d say that every time a woman chooses death—for herself or someone else—it’s because on some level she has had enough.

When I selected crime stories for my new anthology, Me Too Short Stories, abuse figured in the submissions along with murder. Many of the protagonists were children, some of whom had experienced abuse from a very early age. Imagine how powerless a little girl feels when she is abused by a trusted adult. Remember that for every action—no one’s repealed Newton’s third law of motion, have they?—there’s an equal and opposite reaction. Consider the intensity of the powerlessness such a child feels. If the reaction, once she grows up, is to kill—as the author who’s writing her into being, I say, Go for it!

One response to ““There Are Killers Inside Me” by Elizabeth Zelvin”