On the 10th Anniversary of the Black Orchid Novella Award

Earlier this month, as is usual for the evening of the first Saturday in December (chosen to coincide with Rex Stout’s December 1st birthday), we attended The Wolfe Pack’s Black Orchid Banquet. Among the night’s features are toasts (one of which associate editor Jackie Sherbow gave) and the presentation of the Black Orchid Novella Award, given by our editor Linda Landrigan in conjunction with BONA awards chair Jane K. Cleland. This year’s winner is a BONA first, as Steve Liskow garnered his second win—this time for his story “Look What They’ve Done to My Song, Ma,” which will appear in the July/August 2017 issue. The occasion was also special because it marks the award’s tenth year. We asked the BONA winners from years past to share their memories, and we’re sharing some of them with you here.

I loved spending time in New York City for the banquet. I was born in Manhattan and my parents moved to Long Island when I was a child. My grandfather was a NYC cab driver. . . . It was especially fun . . . during the holiday season, so being in the city for the banquet at that time was especially meaningful for me. I got to visit old haunts and even met up with Santa Claus in Macy’s.

The banquet itself was wonderful. Jane Cleland is one of the most fun people I’ve ever met. . . . It was an honor and pleasure to meet Linda Landrigan. She was so welcoming and so great to talk to that it made me a whole lot less nervous about delivering my acceptance speech. . . . I had such a good time and have such warm memories of the banquet. It was a magical experience set in a city I love during a time of year I love and I’ll be forever grateful.—Susan Thibadeau, 2013 winner 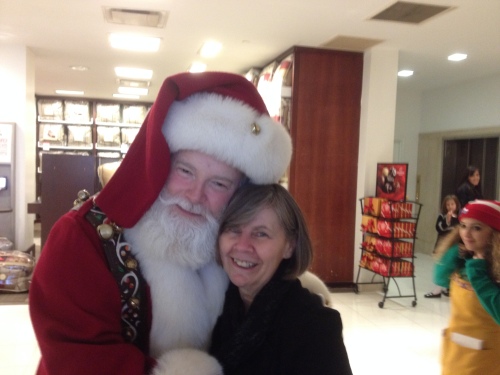 The banquet was a few months after Hurricane Sandy, which led to real difficulty getting in and a smaller-than-average, though very enthusiastic crowd. . . .

In the few months after receiving the BONA I sold stories to two very hard-to-crack markets. Was it a coincidence or did they notice the award? I have no evidence, but I have an opinion.

It was a great honor, especially since AHMM is my favorite magazine, and I have been a fan of Stout and Wolfe since sixth grade—Robert Lopresti, 2012 winner. For more BONA reminiscences, visit Rob Lopresti’s related blog I’m Dreaming of a Black Orchid, Picking More Black Orchids, and Addressing the Red Envelope

The old saw that being a writer is the most solitary of occupations is completely wrong. Honestly, I can’t think of a more social activity, because a writer is nobody without readers, and readers form a community, as this gathering tonight so clearly demonstrates. . . . . Of course [the armchair detective in my novella] Miss Enola is not alone. She has Erica to keep her company, even if she spends most of her time in her own head. Mostly, though, she will never be alone as long as there are people who love to read detective stories. I hope that when “Inner Fire” is published in Alfred Hitchcock’s Mystery Magazine this coming summer, you will all have the opportunity to read it. I wrote it for you, and I am deeply and humbly grateful for the honor you have done me in granting me this award. I tell you from the bottom of my heart that it is one of the brightest highlights of my career as an author of crime fiction.—From the acceptance speech of James Lincoln Warren, 2011 winner 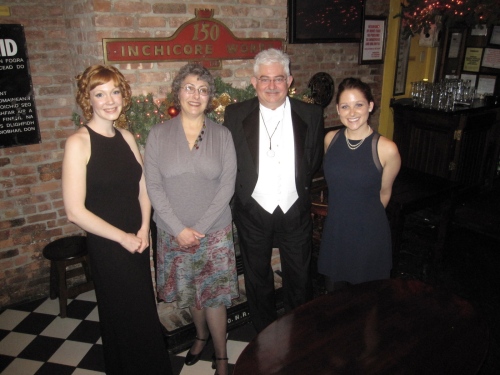 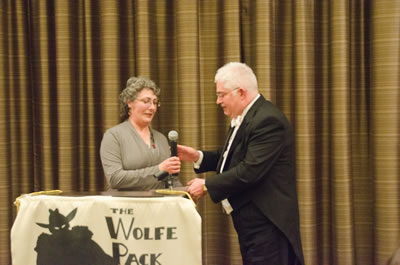 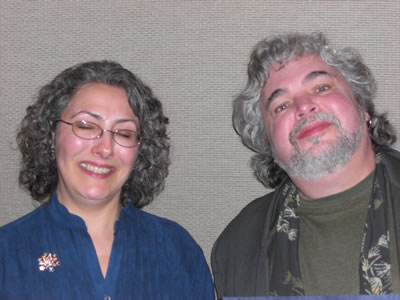 When I accepted the award, I mentioned how I was mostly a science fiction author. After the banquet was ending, a long-time mystery writer (who got his start in the science fiction pulp magazines in the 1950s) shook my hand, said, “Get the hell out of science fiction!” and walked away. I have taken his advice to heart and haven’t written a science fiction story since then!—John Betancourt, 2007 winner 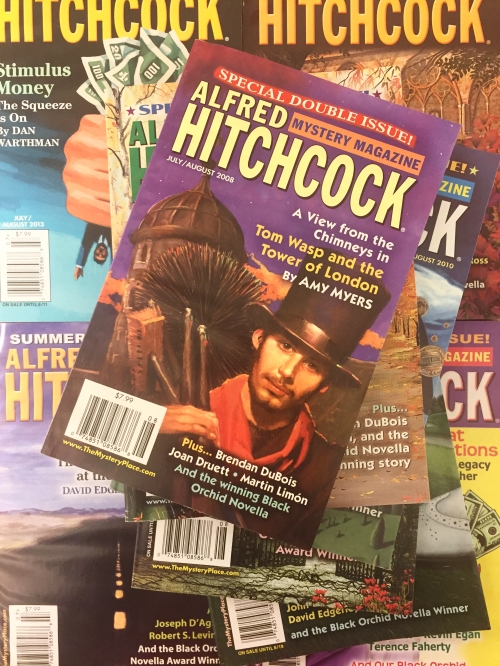